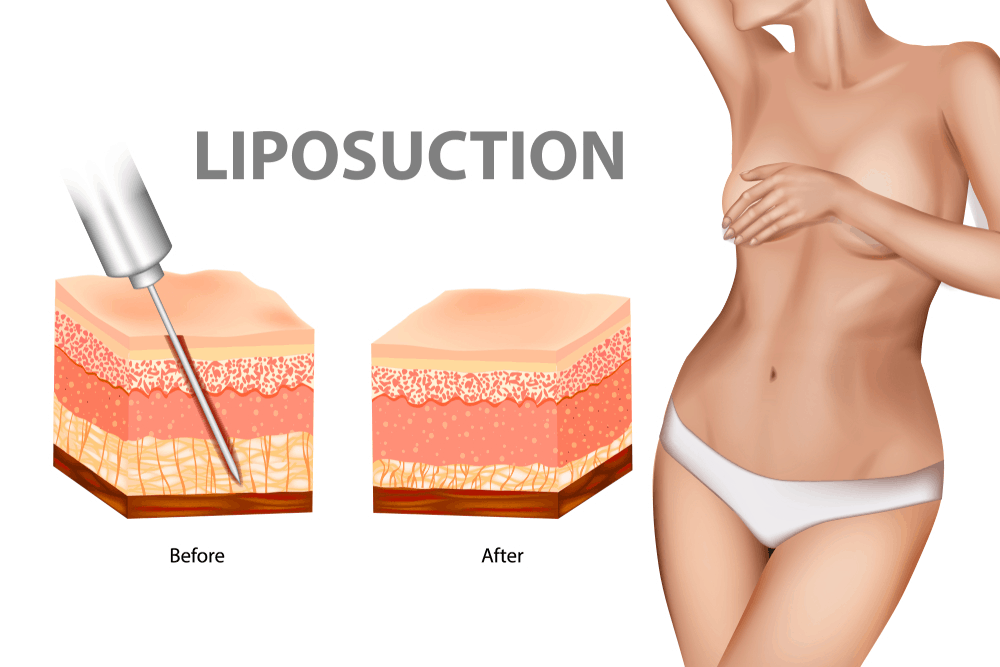 Liposuction, if performed successfully, can improve your appearance by giving you a more natural-looking distribution of body fat. It is a cosmetic procedure that contours and removes fat deposits from areas of your body that can’t be done through diet and exercise.

This type of liposuction is by far the most popular and the most prevalent cosmetic procedure in the U.S. This is because it is safer, more efficient, less painful, and has a faster recovery time than traditional liposuction. Tumescent liposuction is performed as an outpatient operation and does not involve general anesthesia.

Apart from aesthetic purposes, tumescent liposuction is also advised for a number of health reasons. It helps remove visceral fat, which is the type of fat surrounding the internal organs that can cause life-shortening diseases such as diabetes, stroke, and heart attack.  It is also an effective procedure in removing lipomas, or benign fatty tumors, and to treat excessive underarm sweating and enlarged male and female breasts.

In this article, we are going to discuss in more detail what tumescent liposuction is and how it is done. We are also going to answer some of the questions that you may have like the cost, benefits, risks, results, and side effects of this procedure.

What is Tumescent Liposuction?

Tumescent liposuction is defined as a method for performing the liposuction procedure with the patient completely under local anesthesia. It is a liposuction technique that can securely remove fat from almost every part of the body, including the face, neck, chin, breast, stomach, hips, legs, back, internal and outer thighs, buttocks, ankles, and calves.

This body-sculpting operation injects a large quantity of fluid into the tissue with local anesthetic and adrenaline. This method shrinks capillaries, reducing bleeding and hardening fat, making it simpler to remove. It is the preferred technique of almost all plastic surgeons performing liposuction, as it also decreases recovery time.

The procedure starts with injecting a solution that contains a local anesthetic and medicine called epinephrine into the targeted regions of excess fat deposits. The solution enters the skin’s fatty layer and causes it to swell and become firmer, enabling the surgeon to have better control when contouring the area.

The solution also allows the blood vessels to shrink momentarily, significantly decreasing blood loss during the operation and decreases bruising inflammation, and pain after the operation.

Once the solution is injected, the surgeon makes a tiny incision in the skin and inserts a cannula— a tiny, slim tube linked to a vacuum-like machine — into the fatty layer. Using back and forth motions, the fat is sucked into a sterile collection scheme through the tube. An elastic compression garment is then worn to assist the skin to contract and heal.

Tumescent Liposuction for Per Area

How Much Does Tumescent Liposuction Cost?

Liposuction cost is an important factor to consider if you are planning on getting a tumescent liposuction surgery. The quality of the liposuction, however, is more crucial than the price of the procedure. Choosing a liposuction surgeon based on the lowest price may, later on, cost you more money. The initial cosmetic results could turn out so bad that you would need to pay another surgeon to repair the first liposuction surgeon’s work.

The typical average cost for Tumescent Liposuction is $5150. The price of this procedure can range between $1500 and $9500.

Below is a list that shows the price ranges for tumescent liposuction on specific body areas:

Does Tumescent Liposuction Have Side Effects?

Tumescent liposuction has common side effects, including:

Can Liposuction Lead To Weight Gain?

Weight gain after liposuction is possible as this procedure is not a replacement for weight loss or exercise. It is not considered to be an obesity treatment and does not promise lasting weight loss. It also does not extract cellulite, loose or sagging skin. The technique is only designed for those fat areas that do not respond to exercise or diet. Liposuction targets areas on thighs, abdomen, arms, back, hips, buttocks, feet, neck, face, calves, and ankles.

Most people are hesitant to undergo tumescent liposuction because of safety concerns and the fear that the procedure might be painful. To help you better understand tumescent liposuction, we will explain to you the risks of this procedure and why you don’t need to worry much about any painful experience after the operation.

Like any other surgical procedure, tumescent liposuction brings both benefits and risks. The complications are uncommon and usually minor. The most common ones are skin irregularity, lumpiness, dimpling, loose skin, numbness, infections, and scarring. If any of these complications occur, they can be easily corrected in most cases.

Patients who undergo traditional liposuction surgery usually experience painful and prolonged recovery after the procedure. The local anesthetic used in tumescent liposuction, however, wears off very slowly, offering convenience for hours after the operation.

How Long Does Swelling From Liposuction Last?

Most of the swelling goes down in a couple of days. You will typically see some improvements within one to two weeks. However, it requires at least three to four months, and in some cases as long as six months, to see the full benefit of the treatment.

Under most conditions, recovery is generally fast when liposuction is an outpatient procedure. Most individuals can return to their jobs within a few days, and to their ordinary routines in approximately two weeks. For at least a few weeks, bruising, swelling, and soreness should be anticipated.

Most of the reviews posted on Realself.com are favorable, with 93% of them saying that undergoing liposuction was “Worth it.” Many of these satisfied clients are pleased with the results and mentioned that it was the best choice they have ever made in their lives or it was the greatest gift they have ever given themselves. The rest of the reviews stated that they are “Not Sure” for
reasons like they can’t see any results yet or there was a misunderstanding with their surgeon about the outcomes that they want to see after the procedure.

A positive review was also posted on Zwivel.com, with more details on the client’s experience with tumescent liposuction and how happy she was with the procedure, recovery and results.

There are non-surgical and less invasive methods of fat removal that offer alternatives to traditional liposuction and involve much less recovery time. A few major techniques and top specialists in cosmetic surgery will be discussed here briefly.

Tumescent liposuction is a safer, more effective and less painful surgical procedure that can help you achieve the figure that you want by removing the excess fat in your body. Not only does it help you get in shape, but it can also reduce the risks of diseases that can be caused by unnecessary body fat. This procedure is not cheap and it may take months before you will see the outcome that you want, but its end result can forever change people and can even save lives.

Hi! This is Ally Majka, I consider myself a beauty and health specialist. I have a passion for learning all I can about beauty and health. I also enjoy offering advice on beauty tips and healthy living wisdom to those looking for ways to improve their looks and feel better about themselves.