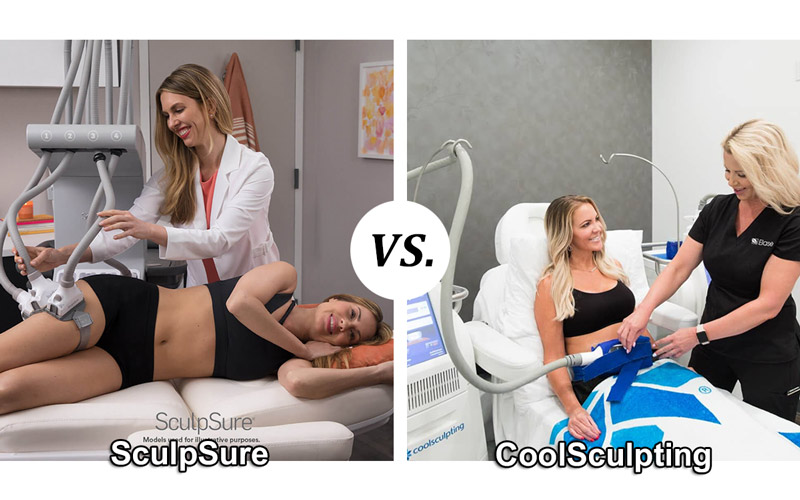 SculpSure and CoolSculpting are two of the most popular body contouring treatments available nowadays. Both options allow people to lose excess fat more quickly without undergoing invasive methods such as cosmetic surgery.

However, while both treatments have similarities, they also have differences. The question is, what is the difference between them? Moreover, which is better?

Simply put, the primary difference between SculpSure and CoolSculpting is the temperature. SculpSure uses heat, while CoolSculpting uses the cold to rid the body of excess fat.

We’ll be discussing this in more detail in this article, along with the other differences between these two procedures.

So, if you’re interested in learning about these two treatments and finding out which is better for you, keep on reading below.

SculpSure vs. CoolSculpting: What Is the Main Difference? 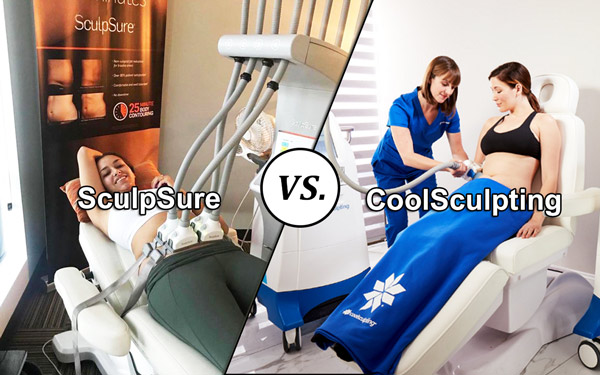 As mentioned, the primary difference between these two body contouring treatments is the temperature they use, wherein SculpSure uses high temperatures, while CoolScupting uses lower temperatures.

To elaborate, SculpSure uses technologically advanced laser panels to heat up and melt excess fat cells underneath the skin in a process called “apoptosis.” The procedure is entirely non-invasive and painless, so you don’t have to worry about leaving marks when undergoing it.

In contrast, CoolSculpting uses a process called “cryolipolysis,” which essentially uses low temperatures to freeze the excess fat cells. This effectively induces cell death in the fat cells, making it easier for the body to break them down and flush them out.

Both processes are considered effective for eliminating excess fat since the body’s fat cells are more susceptible to fluctuating temperatures compared to the skin or tissues around them. This makes them safe for clients since they don’t need to penetrate the skin to remove the excess fat.

Of course, aside from the temperature, these two treatments have other differences as well. These include the areas they cover, the procedure itself, the recovery period needed, etc.

Learn more about these differences below. 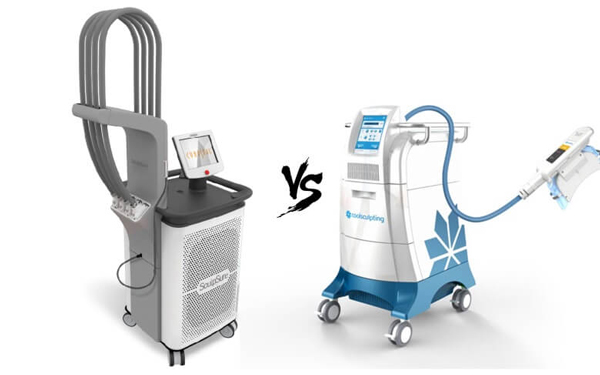 Again, the procedures themselves significantly differ from each other. SculpSure involves using advanced laser technology to heat up the fat cells under the skin, inducing apoptosis. This process breaks down the fat cells for the body to eliminate, effectively “melting” the fat away.

Meanwhile, CoolSculpting uses freezing temperatures in a controlled setting to target specific areas of the body and “freeze” the fat cells. This is called cryolipolysis, and this begins the process of cell death. 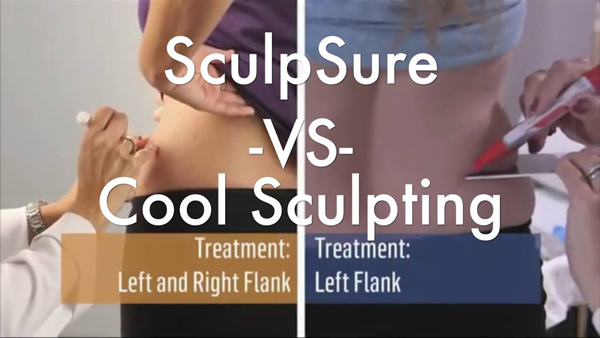 Both SculpSure and CoolSculpting can be used on different areas of the body, but the primary difference is how many places they can target at once.

In this case, SculpSure can target multiple sites at once, typically covering up to four of the body’s areas in one session. On the other hand, CoolSculpting can only be used on one body part at a time. 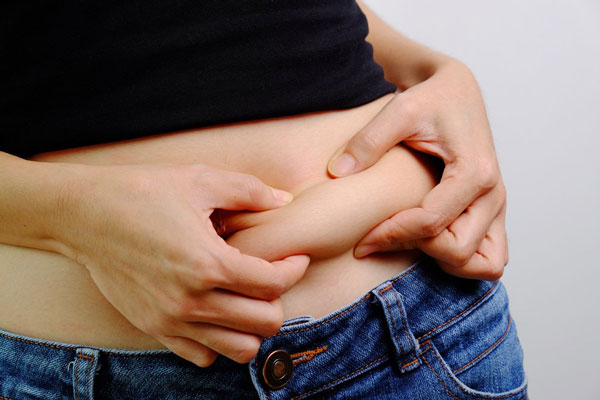 The two treatments are generally considered effective for eliminating the body’s excess fat, but the amount of fat they can remove in a short period differs. Of course, the final results will vary from person to person.

However, on average, SculpSure can eliminate up to 24% of excess body fat in a single treatment session. You will need to undergo more sessions to get rid of additional fat.

In contrast, CoolSculpting can eliminate anywhere from 20 to 80% of the body’s extra body fat in a single session. However, the exact percentage will depend on how vast the body part you’re treating is. The larger the area, the longer it will take to completely eliminate excess fat. 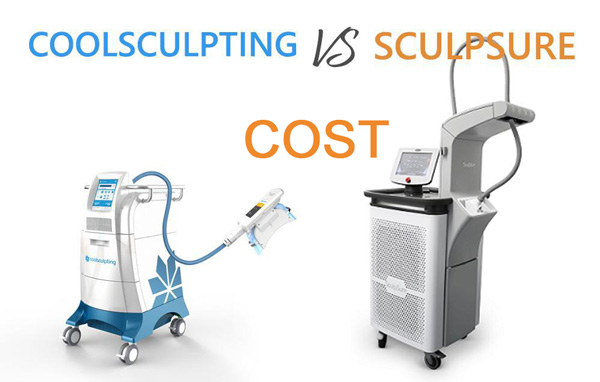 The two body contouring procedures offer more or less similar results, so one of the critical factors that can affect which option to go for is the price.

In general, SculpSure provides more affordable prices than CoolSculpting, but the exact amount you’ll pay will depend on how large the area you want to target.

In this case, you can expect to pay around 375 USD per applicator during SculpSure treatments, which totals around 1,500 USD per session if you need four applicators.

On the other hand, a small applicator in a CoolSculpting treatment costs around 600 USD, while the larger versions cost about 1,500 USD. 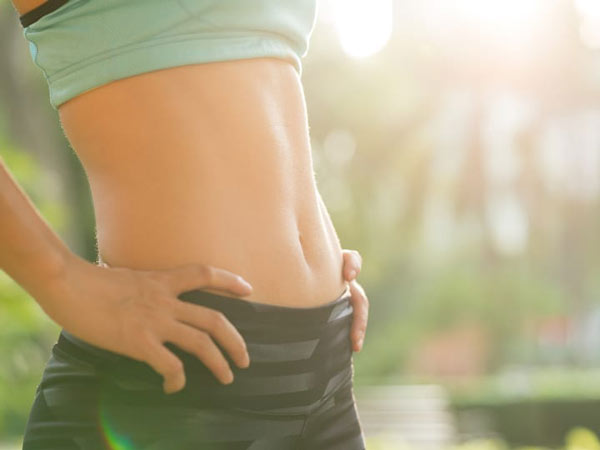 Since the two treatments use different methods to eliminate excess fat, their recovery periods differ as well. In this case, you can expect a bit of tenderness in the treated areas after sessions with SculpSure. Some stiffness and soreness are also likely.

Aside from that, you can return to your normal activities without worrying about any side effects. Meanwhile, CoolSculpting sessions have more noticeable side effects.

You can expect some numbness and bruising after the session. Some have also reported experiencing a tingling sensation and craping after the procedure. However, these tend to go away after a few days, so you don’t have to worry about an extended downtime.

You can typically see noticeable results after six weeks of regular sessions with SculpSure. For the best results, you need to wait around 12 weeks after your first appointment.

The good news is that these results are considered permanent, so you can enjoy your trimmer figure for a long time, especially when coupled with lifestyle changes.

On the other hand, you can expect to see some noticeable changes in your body around two to three weeks after your first CoolSculpting treatment. Of course, these changes will continue, and you can see the best results in three to four months after the last session. 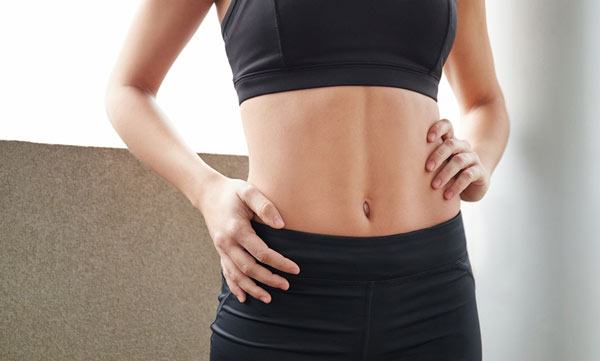 In terms of how effective they are, the number of inches you can lose will vary. However, SculpSure typically eliminates up to 24% of excess fat on the targeted areas, so you can expect to lose around 1.44 inches around your waist with one session.

On the other hand, CoolSculpting can effectively remove around two to three inches of fat around your waist with a single session.

How Long the Results Last 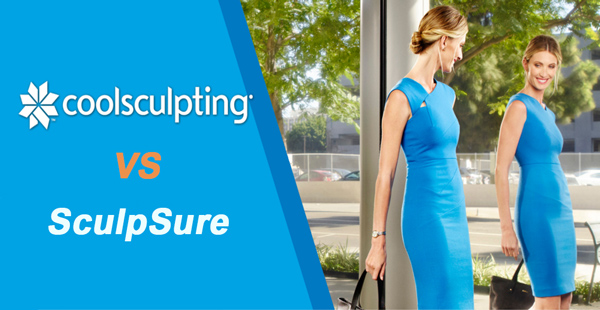 The good news is that the effects of both procedures may last for as long as you maintain your ideal weight.

The processes involved in both SculpSure and CoolSculpting means that the fat cells are destroyed and eliminated from the body so you can expect them to be gone for good in the treated areas.

However, you will need to adopt some lifestyle changes, such as eating a healthier and more nutritious diet and getting regular exercise or physical activity, to avoid enlarging the fat cells in other areas of your body. This is especially true for areas that weren’t included in your treatment. 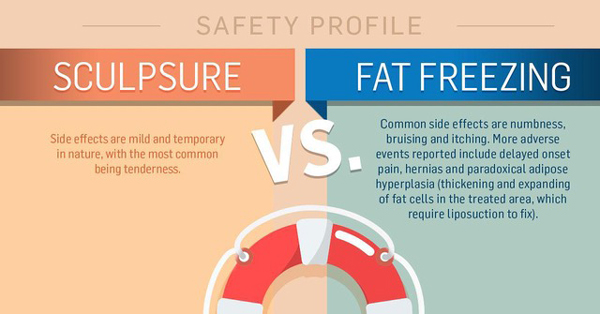 The two procedures are considered safe for most people, and the FDA has cleared both of them in 2012 (CoolSculpting) and 2015 (SculpSure). They are both non-invasive and painless, so they pose little to no risks to patients.

As mentioned, there can be side effects with both treatments. Some stiffness, soreness, and tenderness are typical for SculpSure sessions, especially around the treated areas. Meanwhile, some bruising, cramping, tingling, and numbness are common after CoolSculpting treatments.

Both SculpSure and CoolSculpting are considered cosmetic procedures, so most insurance companies don’t cover them in their insurance policies. 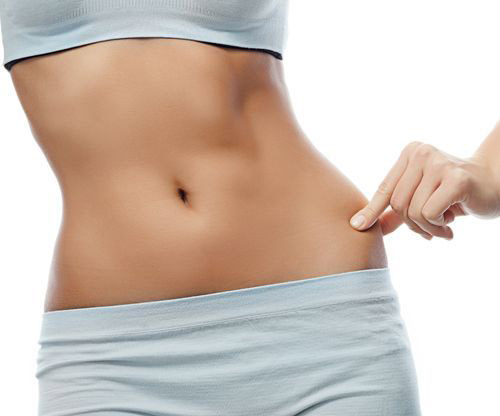 Although almost anyone can undergo SculpSure sessions, the ideal candidates for the treatment should be around 10 to 20 lbs. of their target weight. Their BMI should also be more or less 30.

Meanwhile, CoolSculpting allows patients who are 30 lbs. within their goal weight to undergo the treatment.

Like with any procedure, there are benefits and downsides with both SculpSure and CoolSculpting. Here are some of them:

SculpSure vs. CoolSculpting: Which Is Better? 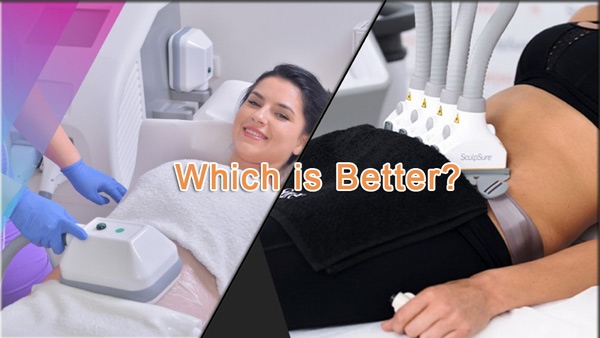 When it comes to the question, SculpSure vs. CoolSculpting, which is better, there really is no correct answer. It ultimately depends on what your needs are, and which treatment can meet these.

Of course, a single SculpSure session can be enough for most, and it’s the quicker option since sessions will only take around 25 minutes at most. However, if you want noticeable results in a short period, CoolSculpting can be the better choice since you can see changes in just 2 to 3 weeks.

Keep in mind, though, that CoolSculpting tends to be more expensive than SculpSure treatments, and each session lasts longer, taking around 60 minutes to complete. Nevertheless, both treatment options offer similar results, so you can’t go wrong with either one.

Can You Do SculpSure and CoolSculpting Together?

The answer is yes, you can. There are no known risks for combining the two treatments. However, it might be best to consult with your physician beforehand to ensure you don’t experience adverse side effects by doing so.

When it comes to non-invasive methods to lose excess fat, both SculpSure and CoolSculpting can be excellent choices. While the two procedures use different methods to eliminate fat, they more or less offer similar results.

With that said, if you’re looking for a painless and quick way to get rid of your body’s excess fat, you can never go wrong with either option. It ultimately depends on your specific needs and preferences.

So, what about you? Which option do you think will work best for you? Let us know!