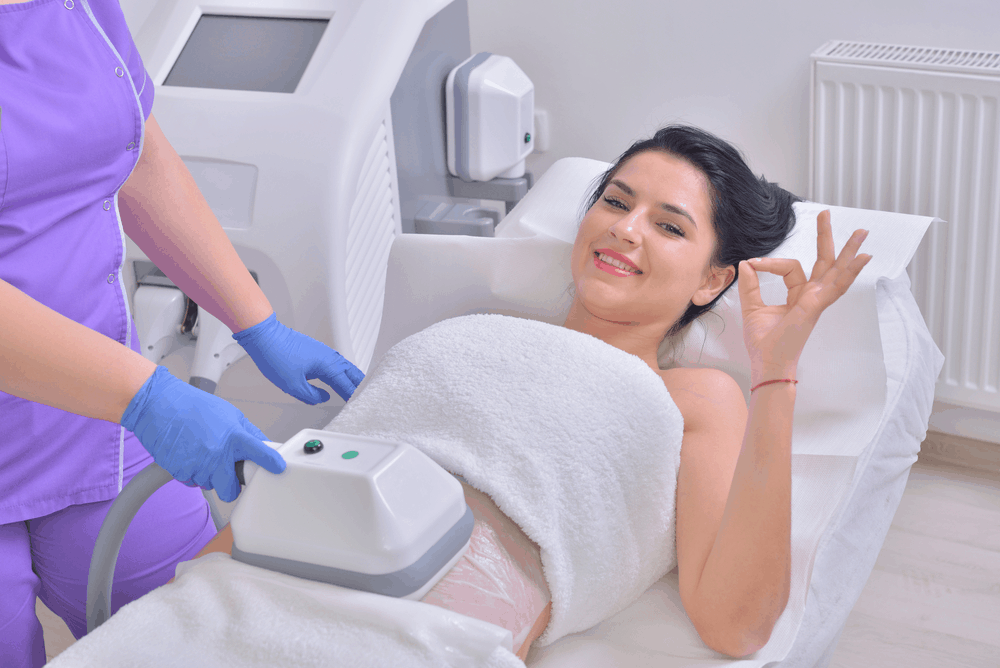 A simple way to see it is that both treatments get the same thing done but via opposite routes. Where laser liposuction melts fat calls, CoolSculpting freezes them. Of course, the treatments don’t exactly achieve the same results.

While CoolSculpting is entirely nonsurgical and can effectively remove small areas of fat, it doesn’t have as strong of a body sculpting outcome. Laser liposuction, on the other hand, stands out in being able to remove larger fat deposits and more noticeably reshape the body.

Those who would prefer avoiding the anesthesia, injections and recovery time that laser lipo requires can opt for CoolSculpting to remove fat from problem areas around the waist, hips, and thighs.

CoolSculpting takes a few weeks to work but doesn’t require any recovery time. The cooling technology used targets fat cells and triggers a natural removal process. CoolSculpting can reduce fat cells by 20-30% and is especially suited to people who are 10 or 15 pounds away from their target weight.

For those who have a more significant amount of fat to lose, laser-liposuction can remove greater quantities of fat and often at a lower price.

CoolSculpting vs. Laser Lipo: Which One Is Right For You?

Here is a helpful comparison chart to highlight some of the main and specific differences between CoolSculpting and laser liposuction.